After comparing the price and availabilities online, we ended up with Curt 13200 Hitch and Husky 81145 Bike Rack, with locally sourced receiver.
For the bike rack, I could have gone with Husky 81146, which does not need a separate hitch receiver, but since I found a cheap receiver in the neighborhood, I decided to go with the first one.

I ordered the Trailer Hitch from etrailer.com for a better price, and bike carriers from Amazon.com.

The Installation was very straight forward and easy. It came with a step by step instruction with pictures. Having an extra person would help, but I could manage it with a floor Jack and Jacks stand. 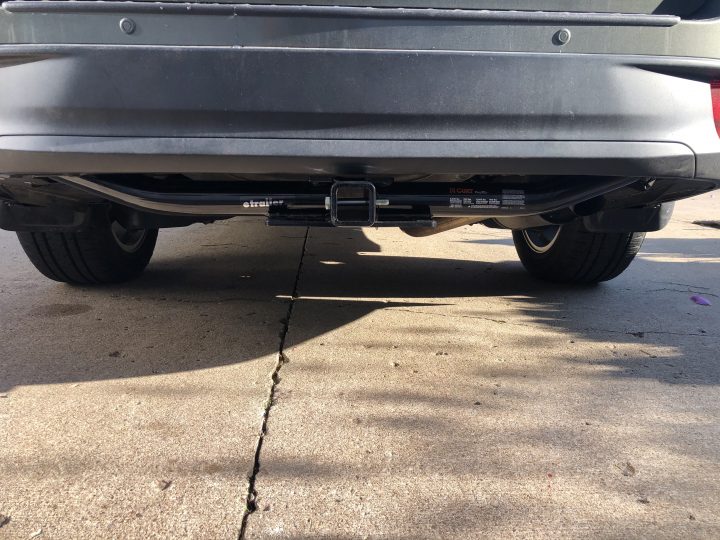 A couple tips installing the hitch on Highlander”

While I was working on the hitch, UPS truck came by and dropped off the Husky Bike Rack.
It came in a tiny box, and the assembly took only a couple bolts. The model I got requires Hitch receiver, and you need to remove the ball once and use the ball and nut (yeah, don’t say anything) to secure the bike rack to the receiver. After thought, Husky 81146 which does not need hitch receiver may worked easier… but oh well 🙂
The Bike rack is very sturdy, and especially for the price, I’m pretty happy about it.

Of course, I only remember to take picture after I test fitted the bike and start unloading… 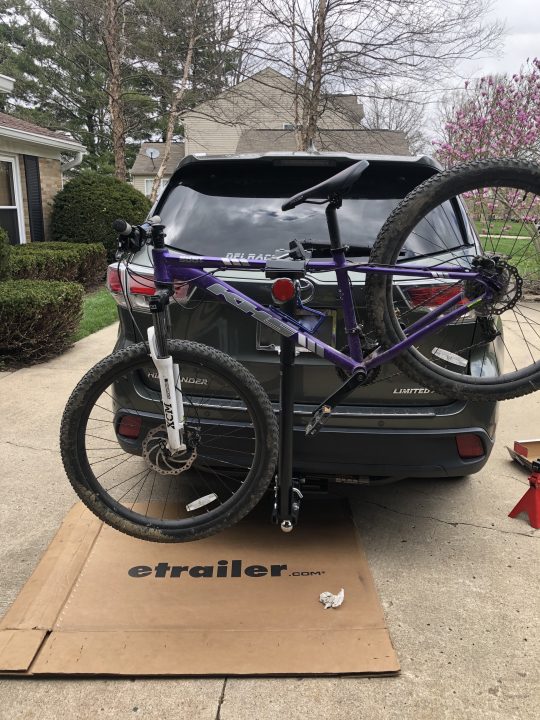 I’m thinking about making a bike work stand using the bike rack, but that will be an another project for another weekend 🙂