Cha-shu is the Japanese adaptation of the Chinese BBQ Pork, Char-Siu. They both use Pork, but that’s where similarity ends, pretty much…

Chinese Char-Siu, is a pork dish which is roasted in sweet BBQ Sauce, while Japanese Cha-shu is often boiled in sauce/soup, instead of being roasted… What you see on Japanese Ramen Noodle is the Cha-shu, soft, fatty and melt in your mouth. 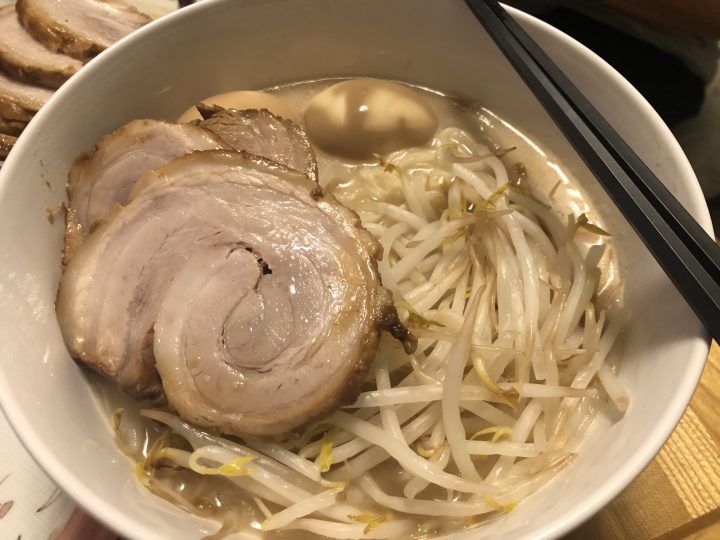 I was chatting with my uncle the other day and for some reason we were talking about Cha-shu, and then a few days later, we saw this big chunk of pork belly at Costco… Thus a Cha-Shu cooking weekend. The cooking itself does not take that much time, but you will need to wait long time while cooking… so Suggest starting in the morning 😉

Ingredients for Cha-Shu are very simple: 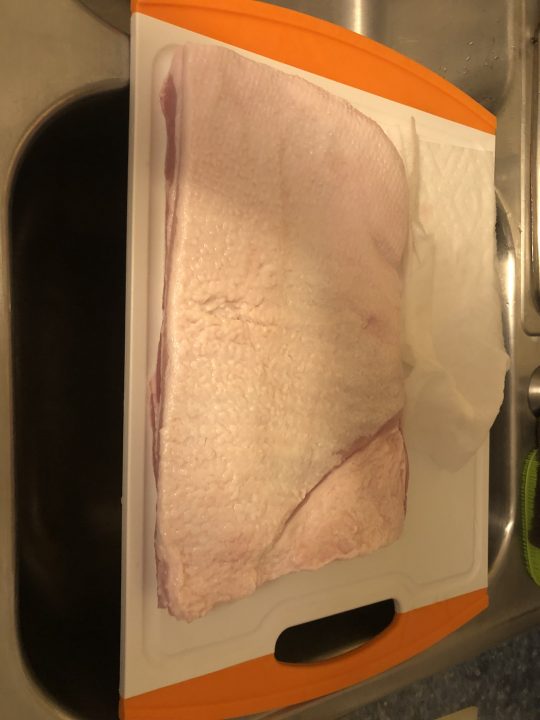