My friend is visiting NYC from Japan, and I decided to visit them over for a few days, while giving them a ride a ride to the Woodbury Outlet Mall.

Once upon a time, when I was still young, driving to NYC was a short trip. Once, I even had a trip driving down to NYC on friday night, pickup someone (happen to be the same friend as the one I went to see this trip) at JFK airport, and drove back to Ohio by saturday night. Fast forwarding 10 years, 10 hours of driving wear me out more than I was expected, but over all, it was a great trip.

To keep the tradition, here are the each state’s welcome sign.

Day Two
I left the hotel around 7:00 thinking I should be in Manhattan by 9:00

The traffic in New Jersey and crossing to NYC was so bad, I ended up not getting the Time Square till a little after 10:00…

After picked up my friends, We “start” heading up to the Woodbury Outlet Mall. I got lost on web of highway around the NYC, ended up wasting another half an hour and $20 for crossing the toll bridge…

the outlet mall, was … well, outlet mall… I felt a little more expensive than the ones in Ohio, but still cheaper than in Japan, I guess. It was interesting how much my friends liked the Philly Cheese Steak…

After long shopping day, we checked in to an apartment in Brooklyn for the rest of their stay.
Sahr, the landlord of the place is extremely nice and accommodating. We found her place on Roomorama. Nice location, very nice room as well.

After checking in, I went to see some of the student who worked in our office, and then graduated. It is always great to see my them grown up… (My friends were too tired and they decided to stay and rest…) 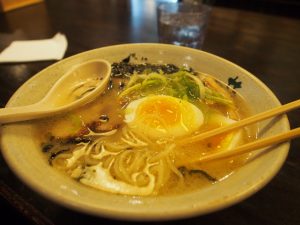 They took me around the street with bunch of restaurants… I really wished I had more time to explore all the restaurants!

Day Three:
Having a big camera hanging from the neck, taking pictures of everything, I became a big tourist.

After the meal, we hop on to subway, and head down to Manhattan.
The first stop was at the Ground Zero. The memory flash back from the morning. I was a freshman in college, not long after the the school started. I can’t believe it’s already been over a decade since that day. 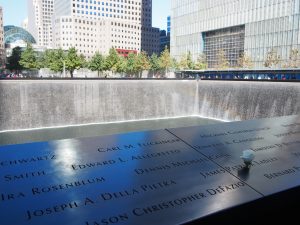 We had a quick coffee break, with some New York Cheese Cake. 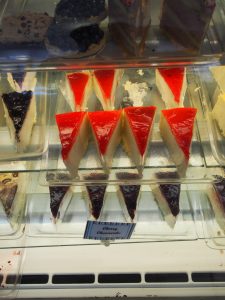 Then we head to the Ellis Island to the Statue of Liberty. 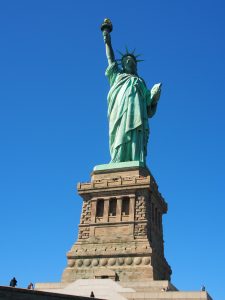 I regret we didn’t have enough time to finish the entire audio tour, (and also we didn’t know that we needed to get a ticket in advance to go up on to the crown of the statue…)

Then we walked though the Wall Street to catch another subway. 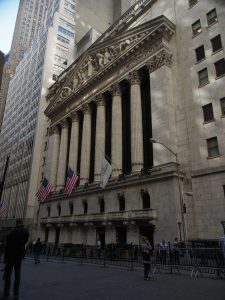 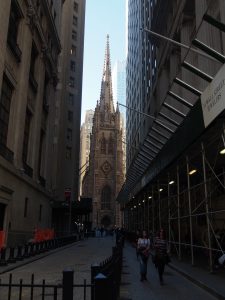 We went to “Katz Delicatessen” for a late lunch. home of “Huge” sandwiches..

Found those on subway station wall. 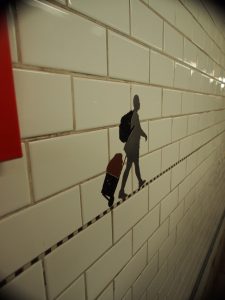 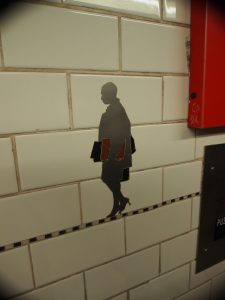 We ended the day with a Off broadway show Fuerza Bruta. In one word, the show was like Chaos. Music, explosion, water, and dance. Us audiences are part of the show. we move along with the show, dance, and get wet. Music were good, fun dance, feel like experimenting different concepts of art. It’s really hard to explain what I saw, and why it’s so good, but it’s one of those show that I want to share with other friend, and take them to. (and yes, they allowed taking pictures and video!) 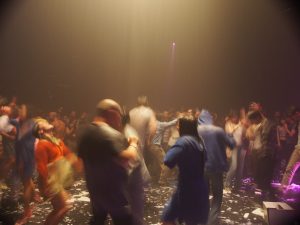 Day Four:
Again, we started the day with a diner. Different from the day before. I think… I liked the Tom’s better…

After breakfast, I got start heading back to Ohio… 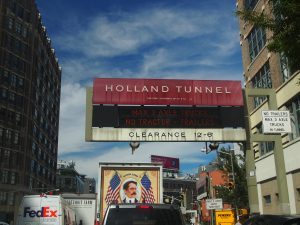 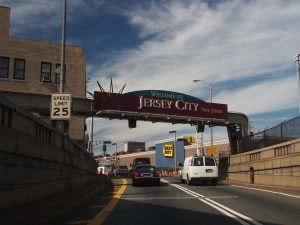 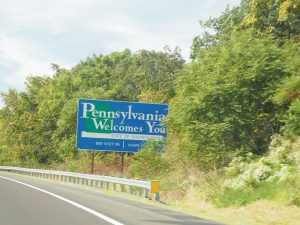 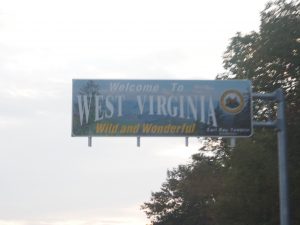 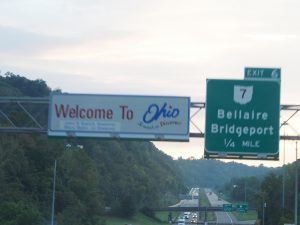