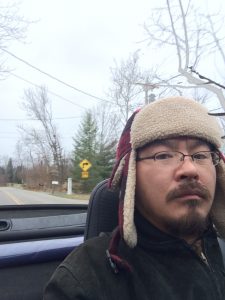 Since it’s start getting cold, I was looking for a hat that covers my ears while riding Miata. And NO, my top is not broken… Unless it’s raining hard, it’s Miata Day and no top! (I’ll think about snow once it starts snowing… I have snow tire on my RX-8, but not for Miata…)

Anyhow, because so cold, I figured I don’t need my AC. Well… truth is I found my AC was not working this summer, and while working on her the other day, I found quite a big nick on my AC hose… which means, no refrigerant = no worry about discharging freon in the air.

So here it comes, garage night Wednesday.
I had a several references I found on Miata.Net so it started off fairly easy.

I’m planning to take all the removed parts to the scrap. even if they don’t take it for much money, this should the least expensive prep for the next autocorss season.