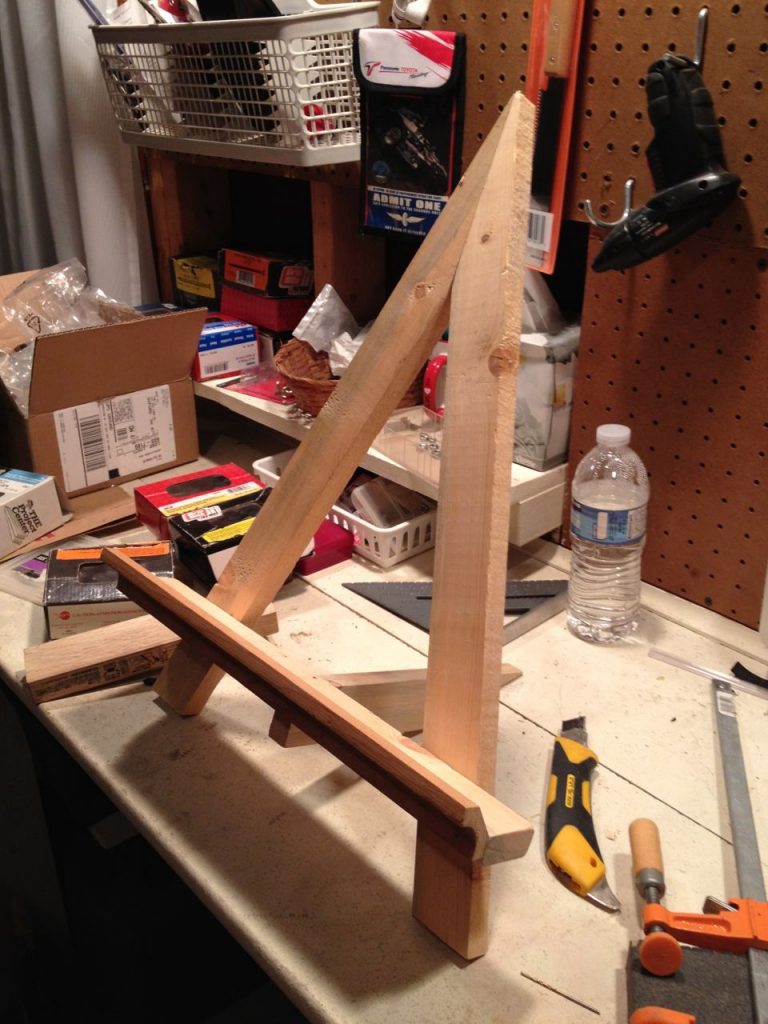 Got some time at night, getting bored, so decided to make an easel for the pictures we took before our Japan/China Trip. We went to That Photo Studio in Centerville, OH.

first I thought about going to go to Walmart, TJMaxx, or something and buy the one it’s already made, but then I though it wouldn’t be hard, and also I have plenty of wood pieces laying around the workshop, so why not..

Took me about an hour including some planning, and cleaning up.
I used left over pine pieces and some trim piece I don’t even know where it came from, and onlything left is to be stained. I sanded a little, but not completely done, so the pictures are still in the covers. I was going to make two pieces since I have two pictures, but… well.. I’m out of wood…

I guess one of them will just go on a wall… but don’t know which one yet. 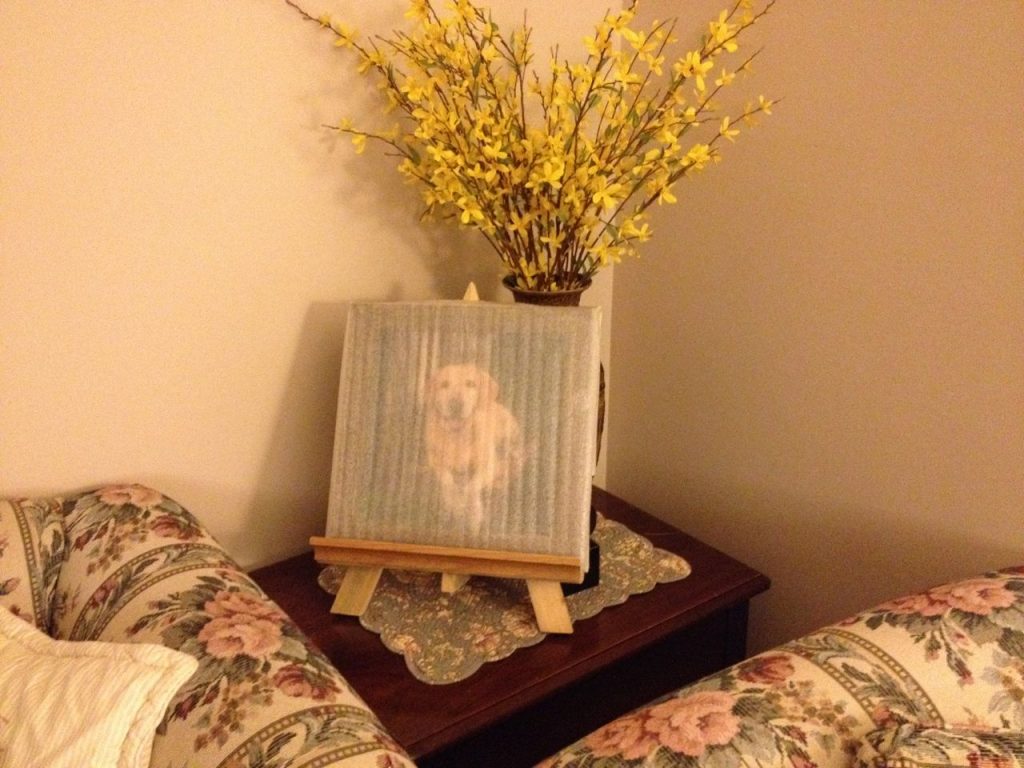 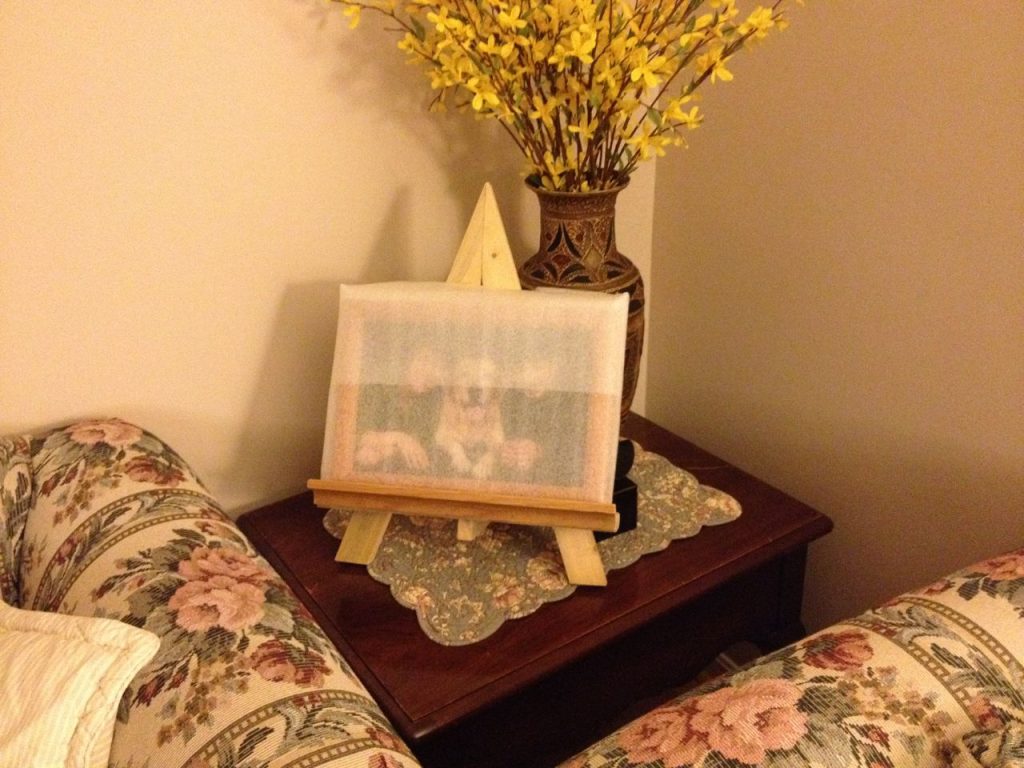