It’s amazing what nature does, or what an amazing moment people captures. First, I thought it is a photoshop at least the color, but after reading this article, found that I was wrong… (Full Article after pictures) 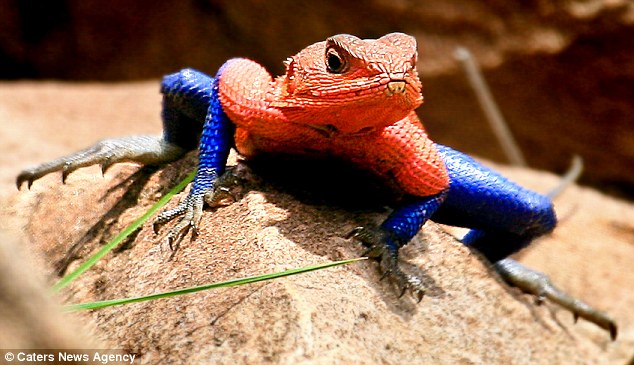 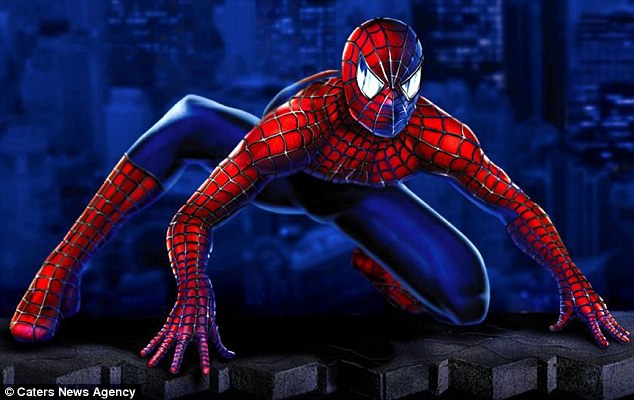 “From Daily Mail Online”
What a MARVEL! The blue and red lizard with a striking resemblance to comic book superhero Spider-Man

One has to wonder whether this lizard’s spider-senses are tingling. For the reptile bears more than a passing resemblance to the Marvel comic superhero Spiderman.
The lizard’s amazing red and blue markings are strikingly similar to the suit worn by the crime-fighting, web-weaving daredevil.
And – as the reptile was captured crawling around on his rock – he appeared to strike an identical pose to Spidey’s favoured crouching pose.

The lizard is a Mwanza Flat Headed Agama, which are native to Africa and usually live in groups with one dominant male – usually the most colourful.
Rich Nunn from Nostalgia and Comics in Birmingham said the resemblance was uncanny.

He said: ‘This is the only animal I have ever seen with colouring so unbelievably similar. It’s especially like Spiderman in the chest, arms and legs.
‘His colourings are extremely bright making him look like he’s dressed in a suit – crawling around on the rock.
‘I’m sure there are loads of comic fans who would want a lizard like this one because it looks so much like their hero.’
The colourful creature was captured on camera by photographer Cassio Lopes on a trip to the Masai Mara National Park in Kenya with his wife Alessandra.
The 38-year-old, from Sao Paulo, Brazil, said: ‘We were on a photography workshop and on one afternoon we were parked for a couple of hours near Rongai river.
‘It was dry at that time of the year and we’d been told a female leopard had been seen in the morning roaming around so we decided to spend some time there looking for it.
‘After so much time without spotting the leopard we started looking for other things and my wife spotted this lizard basking in the sun on the top of a rock near the river.
‘It was the first time we saw that kind of lizard despite our previous visits in Africa. We were mesmerised by the colourful pattern and had never seen anything like it before.
‘It didn’t take too much time for the little guy to vanish into the rock hatches after some clicks of my camera.
‘I think this lizard was even more shy than Spiderman himself. It must have brought us luck though because afterwards we managed to see the leopard we were looking for.’